At the ‘Day of Insurers 2021’ today in Lugano, Rolf Dörig, president of the Swiss Insurance Association SIA, emphasised the important role of the sector during the coronavirus pandemic. The event was preceded by the 91st general assembly, during which the delegates elected three new board members: Michèle Rodoni (CEO Mobiliar), Martin Jara (CEO Helvetia Schweiz) and Reto Dahinden (CEO Swica). Juan Beer (CEO Zurich Switzerland) was appointed vice president.

A year ago, the coronavirus pandemic forced the Swiss insurance industry to cancel its traditional industry event, which should have taken place in Lausanne. For this year’s ‘Day of Insurers’, the association's leadership chose Lugano as the destination. Rolf Dörig readily acknowledged everyone’s burning desire for an in-person meeting in his speech. ‘Lugano – finalmente siamo arrivati,’ he triumphantly exclaimed to an audience of more than 200 guests from academia, business, politics and government at the LAC cultural and conference centre. The pandemic may not be quite over yet, but Switzerland is ready to move on. With its flexibility and innovative force, the economy must be ‘the engine driving the recovery, but it will take a liberal approach and measured regulations', the SIA president emphasised with an expectant glance at Marlene Amstad, the guest of honour. The professor of economics, who has led the Swiss Financial Market Supervisory Authority (Finma) as president of the Board of Directors since 1 January 2021, referred to the stability of the Swiss financial centre and, beyond a look back at the preceding months of the pandemic, took a view to the future: ‘Switzerland has everything it needs for a stable, clean, innovative and therefore sustainable competitive financial centre. Based on this, the sector and Finma can dedicate time to future challenges such as sustainability and digitalisation. This especially applies for opportunities and risks regarding data and new technologies.’ During a panel discussion with Andreas Brandstetter, president of Insurance Europe, Europe’s umbrella organisation of the private insurance sector, as well as Benjamin Gentsch, member of the Finma Board, she discussed the question of whether things had changed in oversight and the insurance industry as a result of the pandemic.

Tackling major risks such as cybercrime

Dörig reminded the audience in Lugano that the pandemic effectively put all other major concerns on the back burner. At the same time, it clearly highlighted that the private sector alone cannot provide insurance against the greatest risks: a public partnership is needed. Unfortunately, the Federal Council pulled the plug on a collaborative insurance concept that the SIA had developed with the government at the end of March 2021. However, rather than mourn the loss of a pandemic insurance, the industry must now also apply collaborative approaches to other major risks. Dörig explained: ‘Cybercrime, electricity shortages and pandemics will be a part of our lives from now on. We must learn to deal with them. Such preventative measures come at a cost, whether in the form of premiums or other precautions to protect society and the economy.'

No mountain of debt for later generations

With reference to retirement planning, the president of the Swiss private insurers emphasised the urgent and imperative reform of the second pillar: ‘We must not saddle future generations with a mountain of debt. They expect well-funded performance promises that remain financially feasible in future.' He further noted that the SIA had firmly rejected the Federal Council's scattershot approach to pension surcharges: ‘We want a solution that has majority appeal, is socially acceptable and economically tolerable.’ The importance of a long-term pension solution was also discussed in the sustainability report of the Swiss insurance industry, recently published for the second time.

CHF 611 million per year in value creation in Ticino

In his keynote, Dörig also reminded his audience to focus on the bigger picture. In particular, he mentioned something of special value to everyone's personal life: security. ‘As insurers, we make an important contribution to the security and stability of our economy. We take on private and business risks to help individuals and companies focus on their key competences. Insurance relieves pressure on people and businesses, and creates entrepreneurial freedom.’ The financial, and in particular insurance, sector is an important pillar of Switzerland as a place to do business. ‘We represent security, reliability and trust. That is why we have not just economic but social and political responsibility for our country. As an industry, we are ready to live up to this responsibility for Switzerland,’ he added. In the same context, he referred to a study on the economic significance of the insurance industry in Ticino, carried out by BAK Economics on behalf of the SIA a few days earlier. It concludes that private insurers in southern Switzerland create CHF 611 million in value every year and employ more than 1,200 people (full-time equivalent) in Ticino.

Part of this economic responsibility, which the SIA is willing to bear, is the publicly voiced concern about the ever-expanding sphere of influence of the state and its readiness to expand into the free market. ‘The state ought to focus on its own key tasks and strengthen the private sector for the sake of everyone’s wealth and well being. Whether banking, electrical works or accident insurance, the state most certainly cannot do it better than the private sector,’ said Dörig at the industry event. 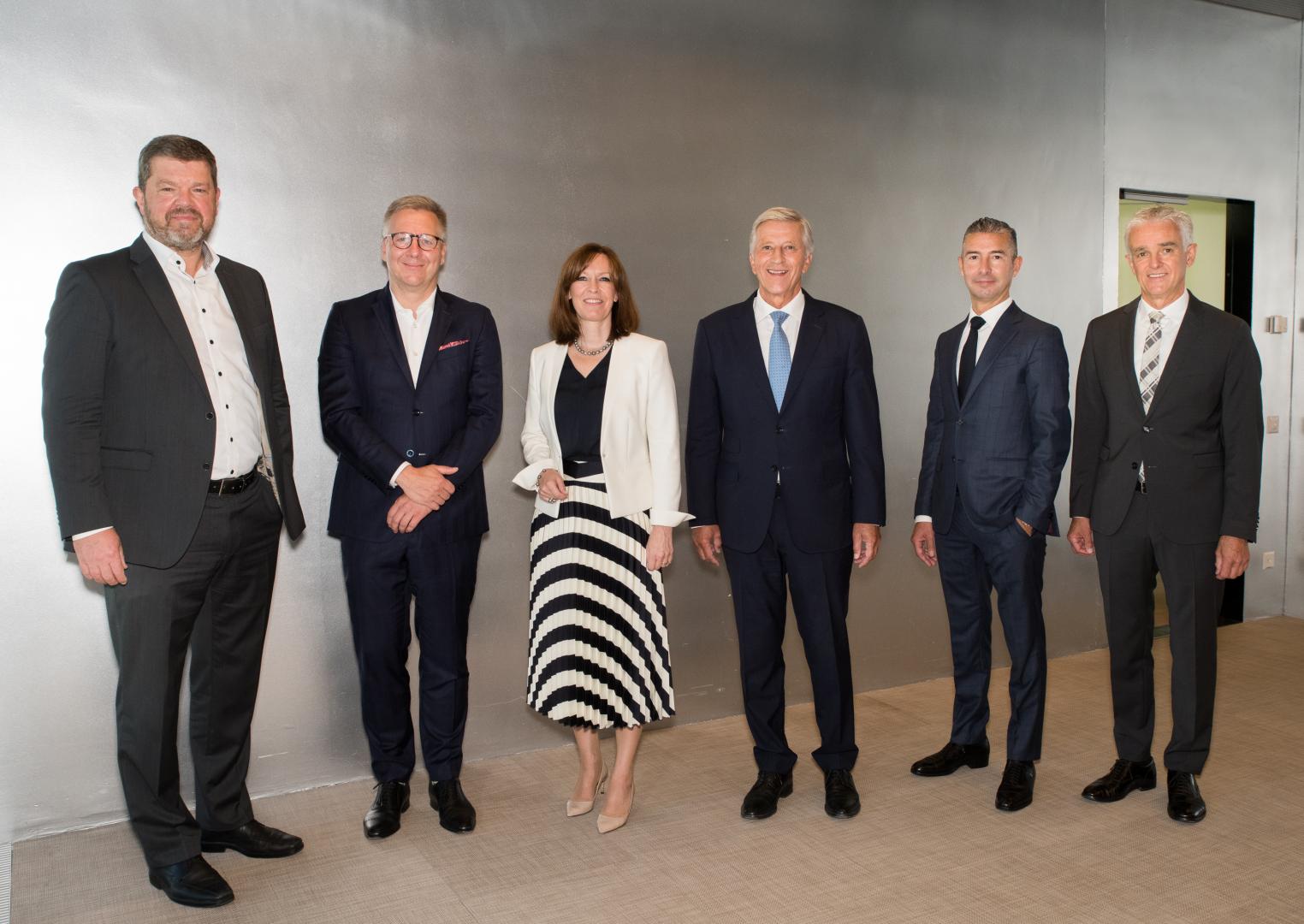 For several years, the general meeting of the industry association has taken place during the ‘Day of Insurers’. On the occasion of the event's 91st anniversary, the delegates elected three new members of the board: Michèle Rodoni, CEO Mobiliar since 1 January 2021, replaces Markus Hongler, who has left the board of the SIA following many years in the role of vice president. Martin Jara, CEO Helvetia Schweiz, replaces Philipp Gmür, CEO Helvetia Group. Reto Dahinden, CEO health and accident insurance provider Swica, was elected to the strategic association committee. Michael Müller, CEO Basler Switzerland, Juan Beer, CEO Zurich Switzerland, Severin Moser, CEO Allianz Suisse, and Patrick Raaflaub, Chief Risk Officer Swiss Re Group, were confirmed for a further term of office. A reshuffle took place on the three-person executive committee: committee member Juan Beer was appointed the new vice president of the SIA, succeeding Markus Hongler.

The presidential address by Dr. Rolf Dörig can be found here. (In German)

The electronic version of the Annual Report 2018 can be found below.

The Swiss Insurance Association (SIA) represents the interests of the private insurance industry at the national and international level. The association comprises around 70 primary insurers and reinsurers employing a workforce of 47,000 people in Switzerland. Overall, the member companies of the SIA account for around 85 per cent of insurance premiums generated in the Swiss market. This makes the insurance industry and, as a result, the SIA a major force in the Swiss economy. Private insurers are therefore committed to the successful development of the areas in which they operate, both in business and in social and political terms, meaning that they assume economic responsibility.

Read more on this topic